In praise of grey

Listening to a radio interview with Jon Ronson on Twitter abuse, he said something that resonated with me. He said that on Twitter, people only see black and white, not shades of grey.

I think it’s not just on Twitter, although 140 characters might well serve to polarise opinion. It seems to me that many people find it increasingly difficult to cope with complex information, looking for the ‘right’ answer when there is none.

And it’s easy to take a hammer to crack a nut – look at Donald Trump’s views on Muslims.  Or the number of laws introduced to try to shape people’s behaviour. Don’t try and solve the complicated problem of asbos, just take the simple option and make it illegal.

Vigorous debate often ends up in academia (angels dancing on the head of a pin, anyone?) where it’s not terribly useful.

In my view – and this is my view, not truth, you understand – critical thinking is less and less exercised, evidence is not thoroughly examined. This makes society prey to lots of ‘new’ approaches on many things – from diets to drugs to management.  Give these the blessing of some anecdotal research or a few statistical correlations and all of a sudden, it’s gospel, undeniable, FACT.*

My belief is that very few things are gospel and most versions of the truth are just that – versions, dependent on someone’s perspective.

But we carry on looking for the one version on which we all agree. If we find another person who agrees with us, in exhausted relief, we cling harder to this truth, as though it might vanish and thrust us into uncertainty again.

What if we were willing to walk the tightrope of opinion, looking at the landscape from a great height, not coming down on one side or another while we take in the detail of the terrain?

And once we’d decided what was ‘right’, what if we could step lightly over it, forget the effort we made to come to the decision, to allow other views to throw a different light over the ‘truth’ we’d fought so hard to reach?

This might encourage us to think, not in black and white, but in myriad, lovely shades of grey, and be the wiser for it. 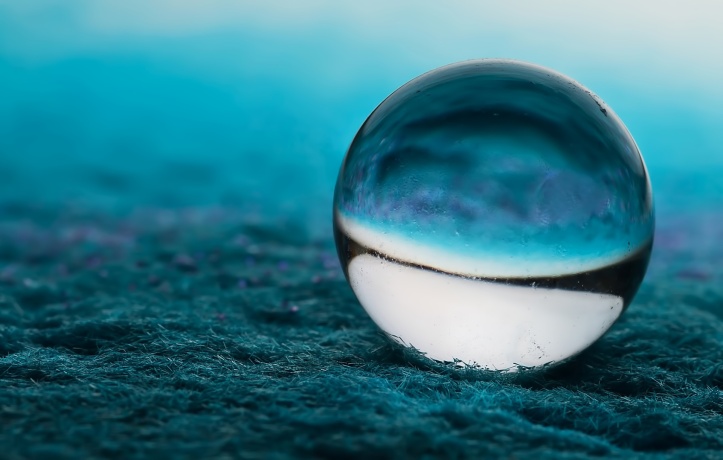 *for ‘fact’, see any political debate, and you’ll find many ‘facts’ about the same issue or happening, none of them agreeing.